McDonald’s have released a set of 5 tokens (Mac coins) as part of the 50th anniversary promotion for the Big Mac.  These are to be released in over 50 countries and have a mintage of 6.2 Million pieces with 1.24 Million of each design. Mac Coins can be redeemed for a Big Mac in over 14,000 restaurants worldwide and are redeemable from the 2nd of August until the end of 2018.

The promotion varied from country to country and they were supplied glued to different cards for different counties. In New Zealand 50,000 were handed out to members of the public in town centers and universities at specific dates and times.  I have heard that these were often handed out within 5-10 minutes of the 1 hr specified time.

The obverse design is essentially the same for all 5 tokens with just small die differences and includes the languages of 7 countries.  The reverse of the tokens are dated and have 5 unique designs that highlight items or culture from that decade.  The tokens are made of brass and measure 31.7 mm and weigh 10.9 grams they were made in the USA by Osborne Coinage Co. 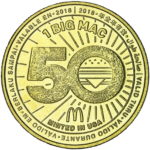 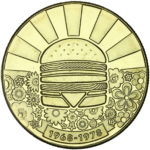 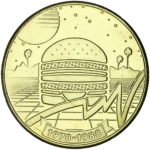 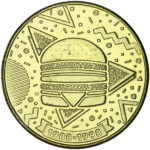 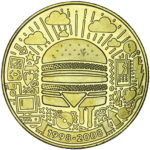 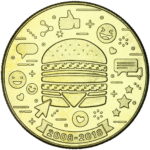 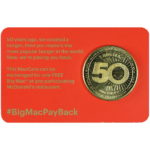 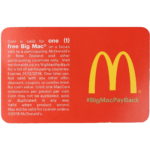 At the moment these are fetching some rather high prices on trademe and Ebay as people hunt for a set but no doubt prices will stabilize at some point. Either way an interesting worldwide promotion / token